When starting the Crazyflie in the LPS it should be positioned according to the image below. For optimal performance, always start the Crazyflie facing the positive X-axis.

The orientation of the Crazyflie can not be measured directly using the LPS system, the only information available regarding yaw is to detect changes in position after a motion. The correct yaw should be found eventually also when starting in a different orientation, but it will take a long time and the Crazyflie will behave in an odd way during the process. 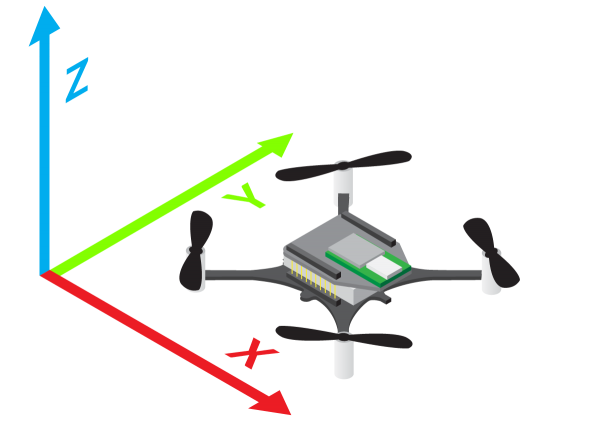