All expansion boards display a logo describing the correct orientation: 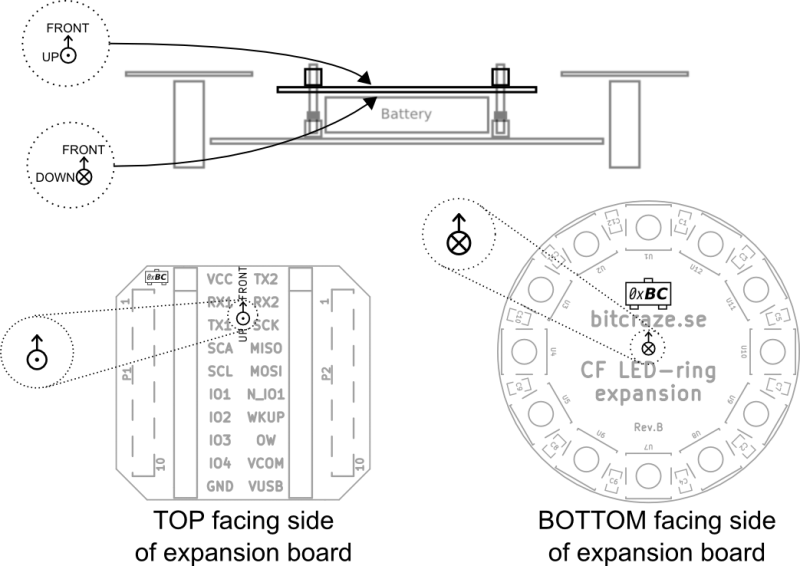 One expansion board on top

One expansion board on top, one on bottom

Two expansion board on top

Expansion boards are detected by having a one-wire memory cabled on the OW pin. At startup memories are detected and read by the power management MCU, the nRF51822. If no incompatibility is detected the nRF51 starts the system and makes available the memories content to the application processor, the STM32F4, where the application code is running.

Below is a table showing which pins each deck uses. The table also contains information about boards that are not released yet, these are subject to change.

Assignments in parenthesis are unconnected but connectable via solder bridges or 0 Ohm resistors and are thus alternative connections. The idea is to make it possible to re-route a connection if you want to use two decks where the connections collide.

This table shows which deck that works on which platform.

This table shows which decks that can be used at the same time.